If you are a woman, you’ve likely had insecurities about how you look. The topic of women’s issues with body image and their appearance is one that’s been studied by therapists for years. Whether it’s eating disorders, media messaging, puberty, or weight loss, there’s a lot to discuss and think about when it comes to how women and girls think about themselves. What’s more is that Pew Research indicates that even today, women are still valued more for their looks than for their minds. Clearly, we have some work to do.

People are living longer today, they’re healthier, and they’re enjoying life more. Due to an increased understanding of the importance of good diet and a more active lifestyle, people are feeling much younger than people their age felt in previous generations. For example, 1964 the average age for someone to move into a nursing home was 64. Currently, it’s 81 years old.
Motherhood: There is a distinct trend for women to delay motherhood. So at 50, their kids ages are more similar to their mother’s kid’s ages when she was 40. It used to be when you turned 50 you were becoming a grandmother. Now, by 50 most of their kids are teens or young adults and less demanding. This creates a period of more freedom and self-reflection.
More happiness, more sex, more money and confidence who wouldn’t want to be 50. A recent research study showed that people over the age of 50 experience more joy than younger adults. Proposed reasons for these findings were because they had their priorities set on friends and family. Other related studies showed that 50-somethings have a more fulfilling sex life, are more confident, and are more financially stable.
Mind body connection and self-fulfilling prophecy: If we tell ourselves we are old, our body will act old. We will purposely look for things that are failing because of our age, even if it has nothing to do with aging. Believing that 50 is the new 40 creates hope and provides positive self-affirmation. We don’t have to limit ourselves physically or expect deterioration just because we are getting older.

Congratulations!  You’ve made it through 9-ish long months of planning and  decorating, crazy cravings and frequent doctors visits, baby showers and unpredictable mood swings.  You survived the journey through labor and delivery.  Now, your perfect new arrival fills your heart with love and your life with meaning.  Whether it’s your first or your fifteenth child, you can’t help but marvel at your baby’s every movement, coo and milestone.

For the lucky among us, the picture I paint may be pretty spot on.  For the rest of us, there may have been a few unexpected feelings and experiences mixed in there as well.  As many as 30% of new mothers deal with some degree of post-partum depression or post-partum anxiety.  Though we all do our best to prepare for the major transition to parenthood, many among us may not plan for four major losses that are likely come along with the joy of gaining a new family member. 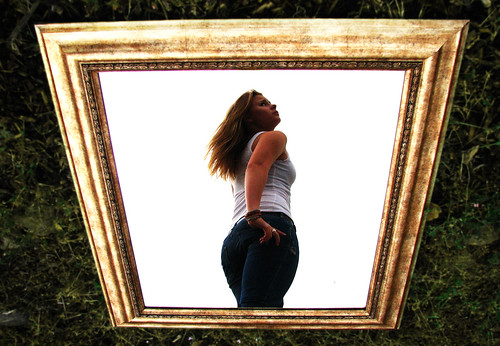 Insecurity about appearance among teens girls is nothing new. In past decades, girls would ask friends and peers, “How do I look?” The internet now allows teens to take that question to the masses asking in YouTube videos “Am I pretty or ugly?” Desperate cries for validation are opening up young women to mean and insensitive comments or sexual innuendos by anonymous commenters.

When I first heard about these videos I felt sick inside. It played to the insecure teen that still lurks in me, and at times. I can quickly connect with those feelings of early adolescence when I was trying to find myself and to be accepted by others.

We are constantly bombarded with messages that women’s primary value is in the attractiveness of her physical appearance, and unfortunately sometimes the parents place excessive emphasis on daughter’s external qualities.