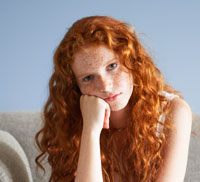 Q: Hello, this is the last place I can go to… I can’t go to my sister because she is in my “friend’s” side. I hope someone can help me before this issue gets me more depressed than I already am; dealing with the right university, and money issues.

Today after my sister; Jannie, returned home she told me that she needed to have a serious talk with me. Jannie had said that her and my friends; Carrie and Martha, had been talking about me. I had asked about what already knowing that this was going somewhere bad. You see Martha and I are close friends and we had our share fights in the past, one fight includes me telling her a secret and her exposing it to everyone so, I had an issue with trusting her with things.

Basically, Jannie had told me that they were talking about how I changed throughout high school and how I was acting more of a b*%#h; excuse my language. I defending myself by saying that I go to a high school in New York and I can’t be how I was in middle school; a pushover, shy, anti-social, but now it’s time to confront my friends. I want to tell them that they are being hypocritical, especially Martha.

She complains too much but claims she doesn’t, tends to throw things into peoples faces; not literally, but claims she is not like that, and lastly the one I dislike most, pretends not to talk about people but later on talks about other people behind their back. My sister always tends to agree with my “friends” instead of me and Carrie, she thinks I changed because I have more “attitude”. I think I know the reason for that; I had a bad day and got into a fight and accidentally gave her an attitude.

I don’t know how to confront them and this stress is killing me, with all the other things going on in my life, I feel as if I just can’t take it anymore… Help me with this issue in the least as I will try to work out the rest.

A: Thank you for reaching out for help during this stressful time in your life. I hear that you’re feeling really alone and you’re trying to make sense of the feedback your sister and your friends are giving you.

It’s natural to feel guarded and to protect your feelings when you feel attacked and betrayed. The fact that you’re in a time of transition and making big life decisions like schooling and finances is extremely stressful.

Part of this transition to adulthood is that you’re trying to figure out who you want to be. You don’t want to be a pushover like you used to be, so you’re trying to take a stronger stand. It may be difficult for your friends and sister to know how to handle the changes you’re trying to make. You may also be coming off harsher than you think as you try to find the middle ground.

Here are a few concrete suggestions to help you manage your emotions and sort through your relationship with your sister and your friends:

1. Instead of seeing them as a group “against” you, try to talk with them individually.
2. Ask them to come to you directly with their concerns instead of talking with each other about you.
3. Write down 3 things: the difficult feelings you have for each one of them, the positive feelings you have toward them, and why having a close relationship with them is so important to you.
4. Talk with a counselor or psychotherapist. Ask your parent, your school counselor, or other trusted adult to help you find someone to talk to coach you through these relationship struggles.

Take good care of yourself.

Self & relationship expert Julie de Azevedo Hanks, LCSW is wife of 22 years and mother of 4, a licensed therapist, a popular media contributor, and director of Wasatch Family Therapy. Listen to Julie’s podcast You and Yours , on B98.7 radio as the Bee’s Family Counselor, and read her national advice columns on Psych Central! and Latter-day Woman Magazine